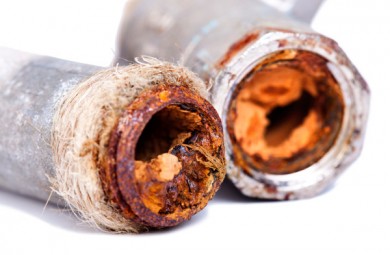 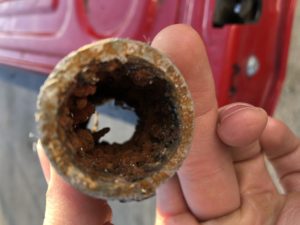 If your house was built before WWII, there’s a good chance your water piping system is made of galvanized pipes.

What the heck are galvanized pipes, you ask?

At some point the zinc coating corrodes and the pipe usually rusts from the inside out. 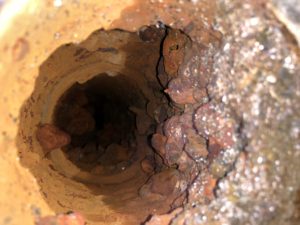 Photo of pipe rusting from the inside out.

That means the tap water you drink, shower in or give to your children and pets can be full of rust.

Before you panic—the rust isn’t going to kill you.

But it’s a good idea to get your pipes fixed.

As mentioned before, rust won’t kill you. In fact, it’s not considered a contaminant by the Environmental Protection Agency. However, it’s rich red-orange color—which is oxidized iron—can make your porcelain sinks and tubs look scary. Have you ever tried scrubbing those red rings out? It’s pretty difficult.

Pipes can break and cause flooding.

Rust slowly eats away at a pipe and can cause it to spring a leak. Know what happens when pipes break? You guessed it—your house floods. This can cause thousands of dollars worth of damage or dangerous molding. Mold can cause nasal, eye, or skin irritation, and for people with lung disease, it can cause serious infections. 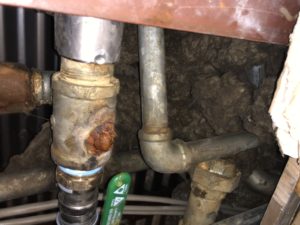 Why Rusty Pipes Are Bad for You.

On a larger scale, there is concern that rusty pipes across America can help spread disease. A 2007 study from the Environmental Protection Agency found that failing water systems play a role in the spread of microbial and chemical waterborne diseases.

So in another words—update your galvanized piping. By updating your pipes you can avoid damaging your sink or tub, prevent potential house flooding, and help stop the spread of waterborne diseases. The investment will be worth it in the long run. 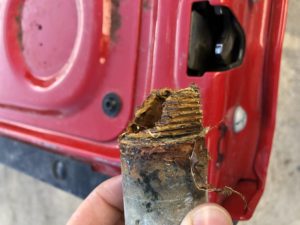 We can help avoid this.

Water Main Service Replacement – How Can We Help?

How to prevent frozen pipes this winter